FREELY YE HAVE RECEIVED, FREELY GIVE.

Project Christmas Blessing 2017 was administered in Mozambique to needy children and families who live in impoverished conditions. The theme was “Give Love Away.” This seventh year of PCB was another record breaking year with 1857 children sponsored.

Mozambique has suffered many floods and catastrophes during the time Africa Mission & Beyond has been working with the people from this very poor country. The needs are many and there were hundreds of families in rural villages with whom we wanted to reach with PCB. At the beginning of the fundraising season, it seemed that many families would go without; but due to the hard work of children and the sacrifice of many, ALL registered families in Mozambique were touched by love through PCB. God bless you for giving through Project Christmas Blessing.

Bibles, Blankets and Maize were distributed to hundreds of families in Mozambique, ministering to some of the poorest of the poor.  Blankets were ordered in Malawi and it took 8 trips to get all of the blankets over to the Mozambique side. The roads were very muddy and slippery and people often waited in the rain to hear the story of Jesus and receive a Bible, blanket, and maize. There were six distribution points in remote areas.

Much appreciation is given to our local volunteers in Malawi who helped distribute PCB in Mozambique this year. It continues to be the love of God’s people reaching out by works that demonstrates true love to hurting people around the globe. 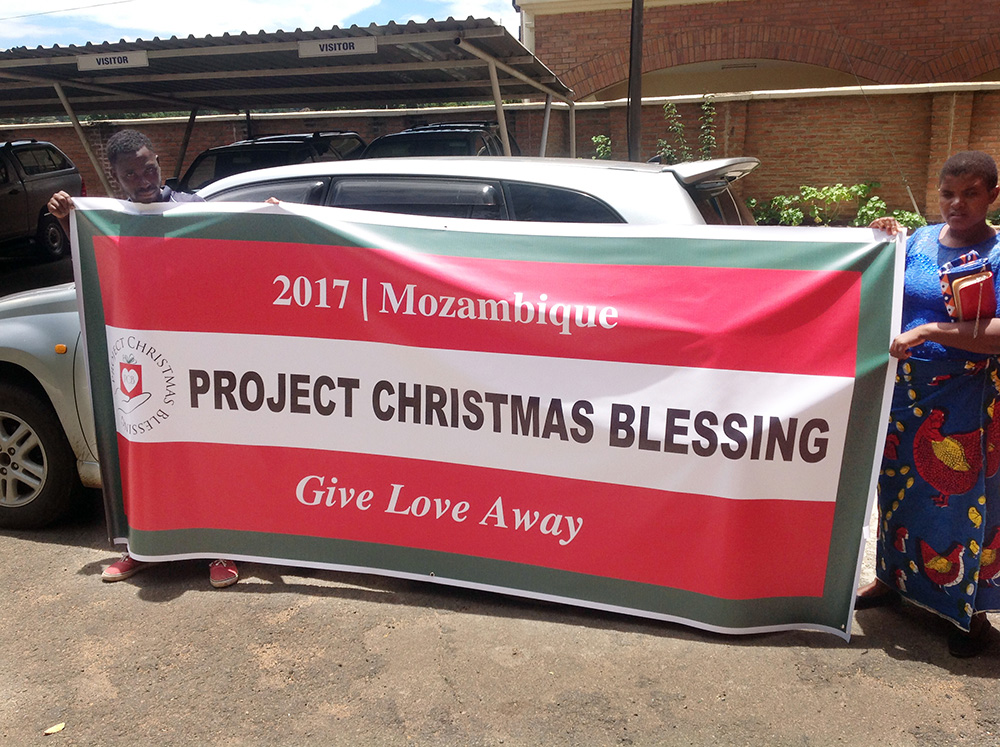 Banner for Distribution in Mozambique 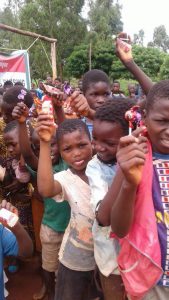 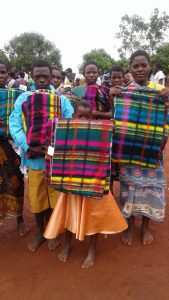 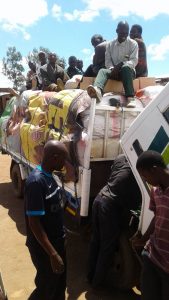 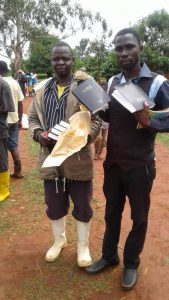 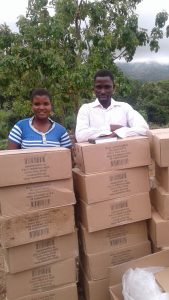 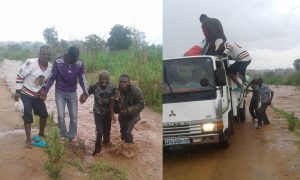 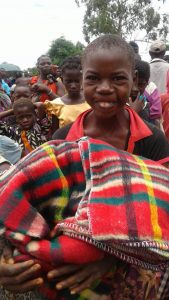 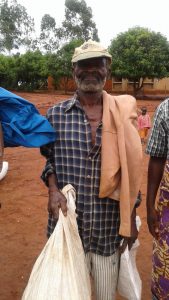 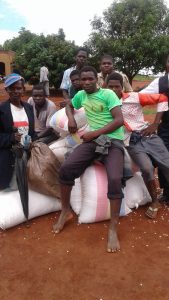 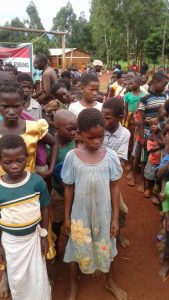 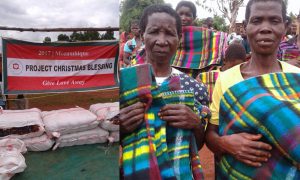 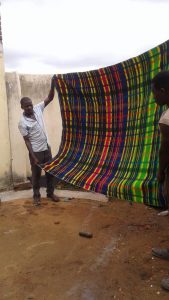 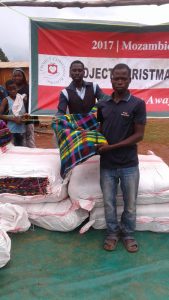 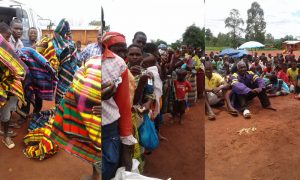 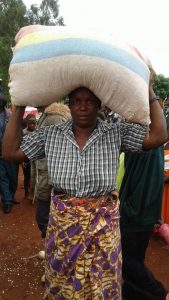 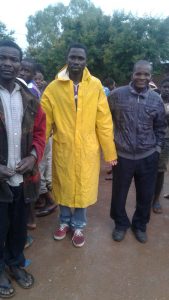 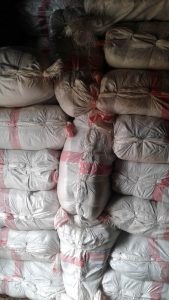 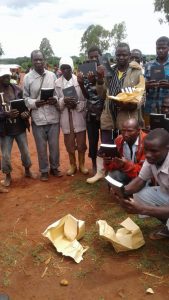